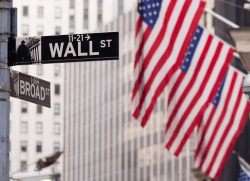 After 5,000 employees are fired for illegal account creation to comply with aggressive cross-selling targets, Senator Elizabeth Warren grills CEO John Stumpf and asks him to resign.

Naturally, he refuses to step down, return one nickle or even acknowledge that he did anything wrong — morally or legally.

Stumpf tries to explain that cross selling engages customers before he’s shut down by Senator Warren.

The process wasn’t frictionless either.  I take that back — for the customers who had accounts opened without their knowledge, there was no friction at all.  However, for customers were bullied into opening accounts they didn’t really need — the experience was certainly not frictionless.

Employees were being pushed to meet numbers which were unrealistic “8 is Great” — 8 accounts was the target.  Who needs 8 accounts with a bank?  Chequing, savings, mortgage, credit card — 4 seems about average to me.

Accountability and leadership appear to be the biggest challenges and Stumpf didn’t even bat an eye when he was grilled.  He tried to talk his way out of each question but he refuses to be accountable.  Employees who didn’t make sales numbers were fired.  Employees who opened up those 2 million fake accounts were fired.  Some managers were fired but the Executives continue to be employed while they collect insanely high compensation packets.

For the rest of us though, we can become more Enlightened Capitalists and together we will make a difference in our world.

Carol Wain is the founder and leader of many brands which help leaders to create more profitable businesses that transform lives and positively impact our planet. She is an author, speaker, trusted advisor and mentor who won Entrepreneur of the Year in 2003.

Carol is passionate about reinventing business to become a force for good — positive businesses which respect, appreciate, encourage and support the right employees who voluntarily use their discretionary effort to bring the vision, purpose, platform, personality, passion and core values to life; businesses which create useful, meaningful and valuable products, services and experiences which improve the lives of people; and businesses which support communities, take a stand and have a higher purpose.